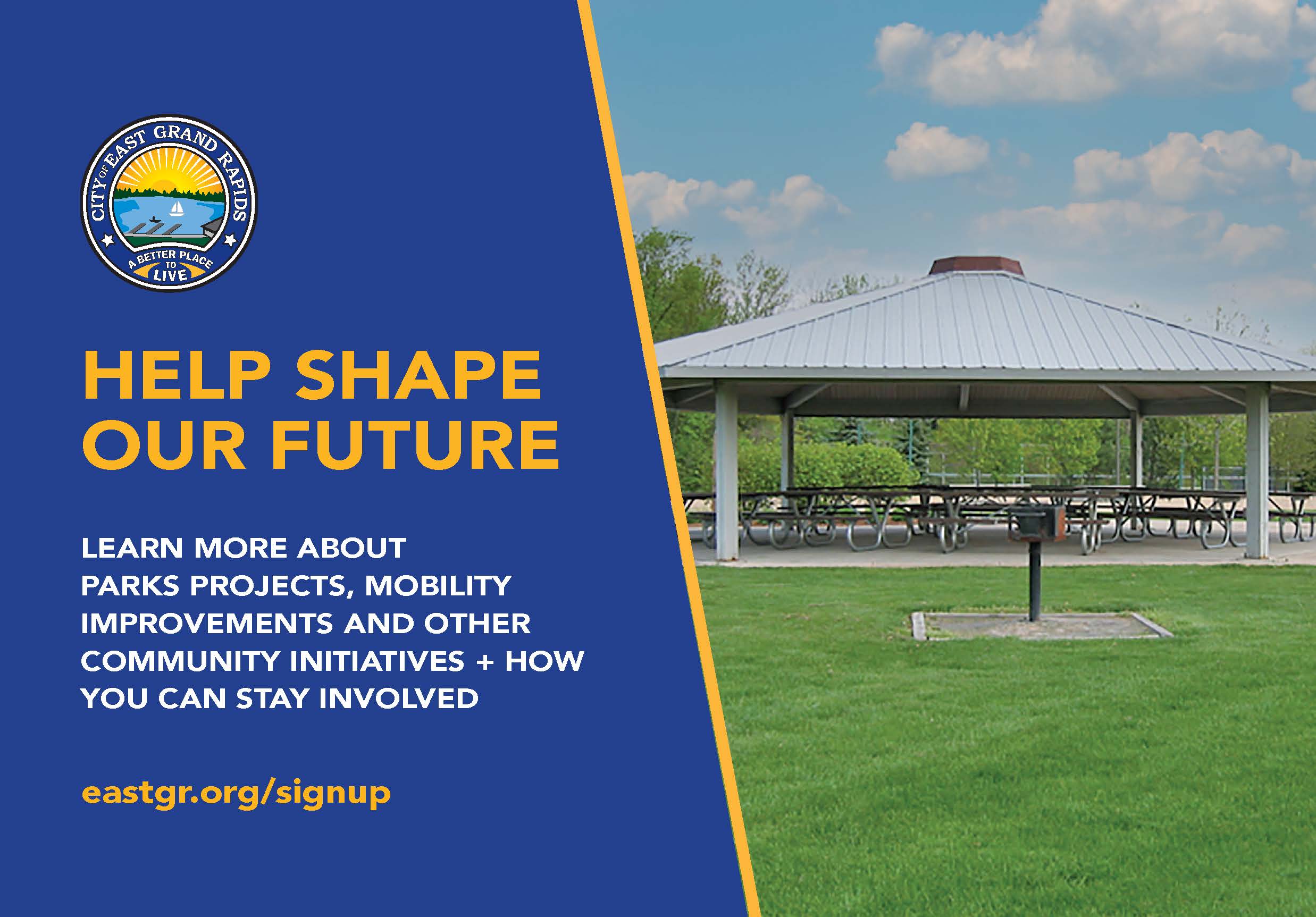 WHAT IS THE PARKS IMPROVEMENT MILLAGE?

The Parks Improvement Millage was passed by EGR voters on Tuesday, Nov. 2 with 59.3% support. Residents will pay an annual 0.56 mills (assessed taxable home value multiplied by 0.00056) allowing the City to borrow up to $7 million over 20 years beginning July 1, 2022.

The millage will fund extensive renovations and additions at Manhattan Park, trails through several undeveloped properties, shade shelters, a splash pad and sports courts, and the replacement of all five playgrounds in the City. Projects will be handled individually and may be modified based on public feedback and material/contractor staffing availability. All projects will include additional feedback opportunities prior to the City Commission's final approval.

To cover possible contingencies, the millage would allow the City to borrow up to $7 million by approving a new millage levy of 0.56 mills. A debt millage is levied for the purpose of paying the principal and interest on a bond for the construction and renovation of infrastructure and other capital assets. The City will borrow only what is needed to cover the actual project costs, which means the final amount could be less than $7 million.

Will all projects on the Parks and Recreation Master Plan list move forward?
Many of the projects will move forward, but not all at once. Based on resident prioritization, projects will be completed within three to four years, during which time individual plans may be altered based on additional community feedback and consultant recommendations.

After much discussion with residents and community members, the City and its consultants ranked residents’ top priorities as listed above. However, specific plans for each individual project will be presented to the Parks & Recreation Commission and City Commission before moving forward. All projects will include further community engagement sessions. For example, a dog park was listed among the most-desired amenities. While much research has gone into the costs of the creation of a dog park, specific logistics for building one in EGR will be needed before moving forward.

Can funds from the millage be used to support recreation programs or City operations?
No. All money collected from the millage will directly fund the playgrounds and other projects listed above.

Who decides what projects the funds are spent on?
While the City Commission will make the final approval of individual projects during its regular meetings, which are held on the first and third Monday of each month, these decisions take residents’ feedback and needs into great consideration. The listed projects above were prioritized by residents and community members over several years of feedback and engagement opportunities as part of the Master Plan and Parks & Recreation Master Plan.

What will the $7 million be spent on?
The projects listed above and five playgrounds — four owned by EGR Public Schools and one owned by the City at Manhattan Park. Additionally, the City will not borrow a lump sum of $7 million and instead will borrow as needed based on each project or group of projects’ cost.

What if, after further planning, a project does not cost the full amount listed above?
The City will borrow only the money it needs to complete projects.

What will the new playground equipment be made out of? Will it be sustainable?
Specifics for each of the projects listed above, including the playgrounds, have not been decided yet. If the millage passes, the City will work with EGRPS to select the right playgrounds. Sustainability is an important factor for entities and residents will have several opportunities to voice their thoughts when more detailed plans for each project is presented to the City Commission.

Will the federal COVID relief windfall be used toward the millage?
It's possible the City is permitted to use some of the COVID funds for one or more of the projects proposed in the 2021 Parks Improvement Millage to reduce the amount ultimately borrowed. The City Commission will be reviewing this in the coming months.

May 2021
City Commission begins discussions of a ballot proposal for November election.